Our tour starts and is strongly bonded with prehistory. The sea plays a dominant part combined with entangled myths, conflicting gods, refugees from wars, immigrants, trade, architectural achievements, prisons and prisoners. All above meet creating an explosive and magical setting. The islands’ photo tour is one step ahead!

Syros is located in the Aegean Sea with an area of ​​84km2. It appears to be inhabited since prehistory and important monuments of old times are met in several places. It has a completely different character from the rest of the Cycladic islands due to its exceptional neoclassical architecture. The visitor can experience various delights such as swimming/diving in the deep blue water of the Aegean Sea, eating delicious dishes or walking among traditional streets or on the hills enjoying the view.

Gyaros is perhaps the most famous rocky island of the Aegean with a history lasting thousands of years. During Greece’s recent history, Gyaros was a place of exile and torture in various periods, starting from the Greek civil war to the fall of the dictatorship of the Colonels in 1974.

When it comes to Delos our narration begins a few millennia back between the crossroads of history and fairy tales. It’s born through Greek mythology, the intense erotic life of the “father of the gods and people”, his brother, his deceased wife and a titan. According to mythology, Delos appeared on the sea surface after a hit of Poseidon’s trident and sailed for a long time until Jupiter tied the island to the sea bottom with a diamond chain for Lito to give birth to Artemis and Apollo. During prehistoric years Delos was inhabited by Minoans and Dorians while later on its inhabitants were Ionians.

Day 1: Arrival at the port of Syros and immediate transport to the Hotel, which is located in the historical centre of Hermoupolis. After settling down we take a walk in the town centre around the neoclassical buildings, while getting to know each other. Early dinner around 7pm that day at a traditional greek restaurant while the chef shares with us few of his secrets. Food session/masterclass with one of the best in Syros island. It already smells like Greece! (DINNER) 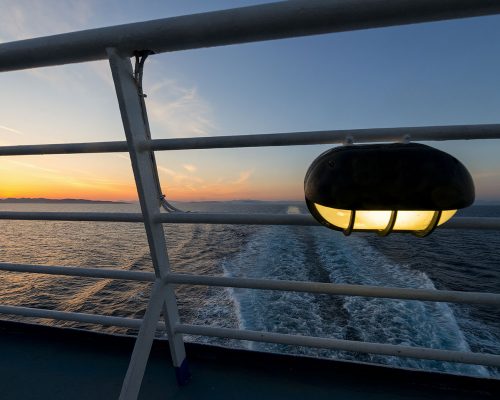 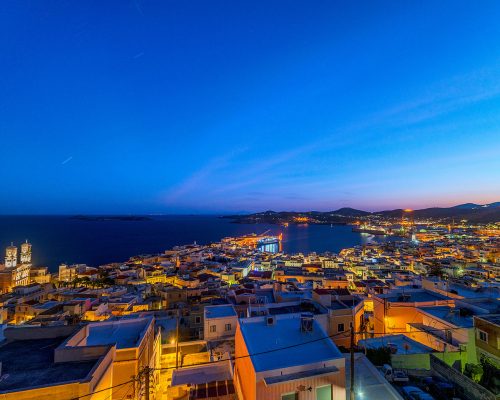 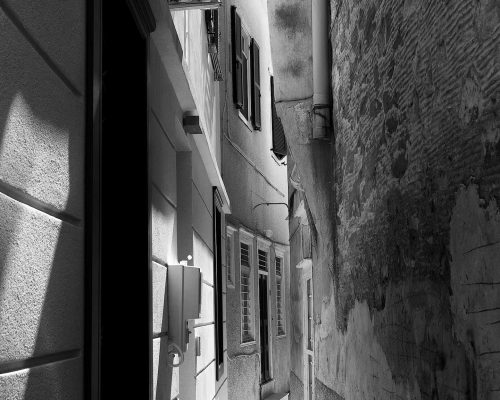 Day 2: Thorough discussion on post production today during breakfast. Right after (if the weather favor us) we sail to Gyaros, the island which served as a place of exile for leftist political dissidents in Greece from 1948 until 1974. Across the sandy beaches we find numerous caves which are used as breeding shelters by the Mediterranean Monk seal, Monachus monachus. As the light goes down we walk among the abandoned prison cells, feeling the presence of history among us. Sailing back to Kini beach to shoot at the most wonderful sunset spot in the island. (BREAKFAST / LUNCH / DINNER) 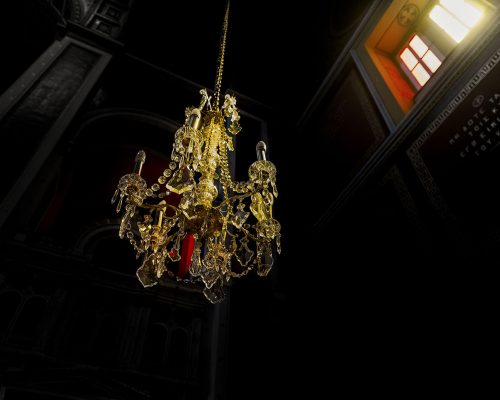 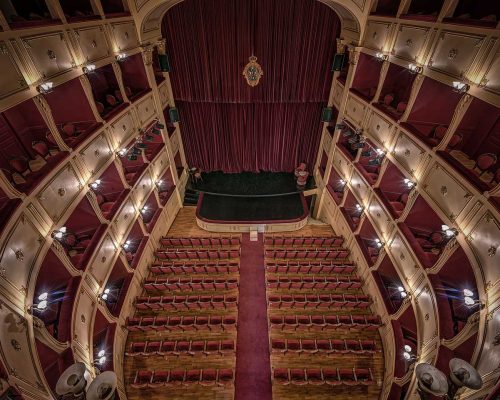 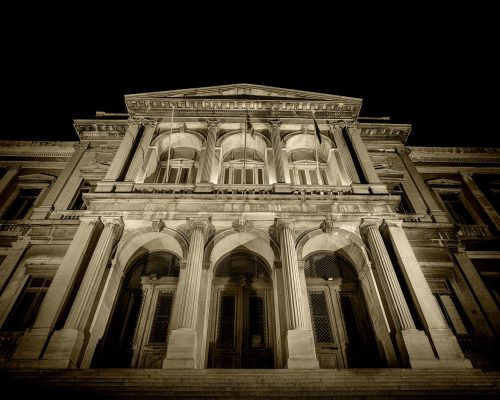 Day 3: Starting the day by having a delicious breakfast at the town centre (where we discuss technical details of today’s shooting). Enough energy is required since the subject of the day is underwater photography. We drive to Foinikas where the expert trainer is waiting to show us the magnificent bottom of the sea. Today we rest by the seaside at Agkathopes beach. Back to the Hotel, to visit Vaporia district and have a discussion about the main principles of photography with one of the experts of the kind. (BREAKFAST / LUNCH / DINNER) 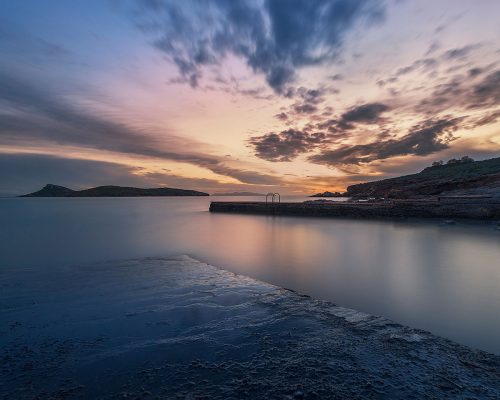 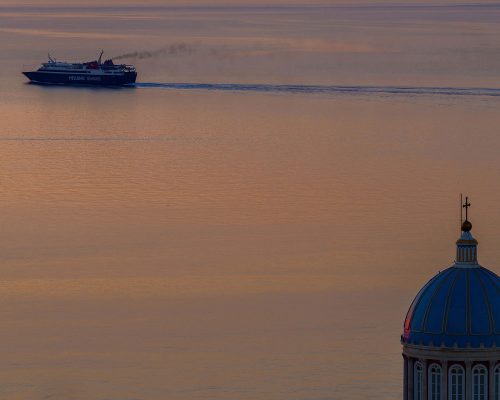 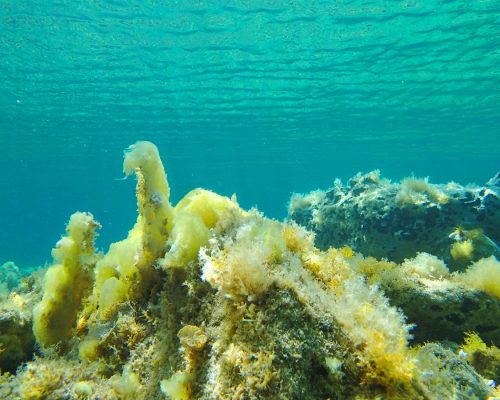 Day 4: Ready to dive deeply into mythology. We set off after breakfast to Delos island to photograph one of Greece’s most important ancient monuments. After our arrival we’ll have plenty of time to visit the biggest part of the island while listening to the amazing stories hidden behind each marble. Photographing the sunset while sailing back and enjoying the magnificent colours of the Aegean Sea. Back to Syros late in the afternoon to settle down before next day’s departure. (BREAKFAST / SNACK / DINNER) 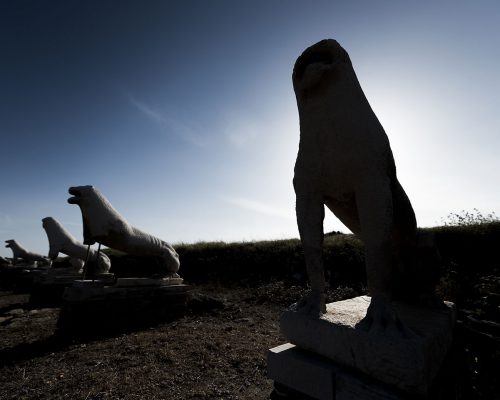 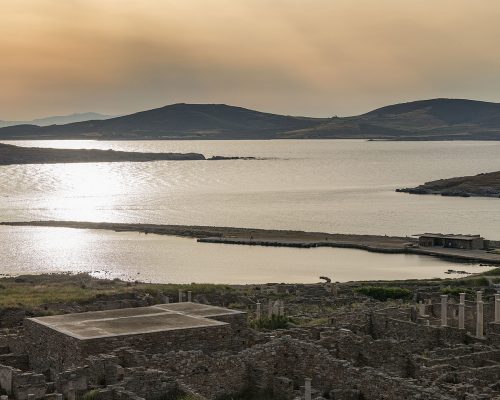 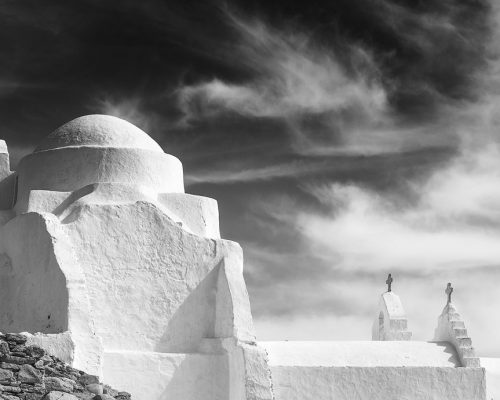 Day 5: Driving to the northern part of the island, right after breakfast. A mountainous landscape where peace and tranquility embrace the scattered farm houses with intoxicating aromas of fennel, thyme and wild olive. We walk down the hill to reach Grammata beach while shooting the wild landscape. That’s where John H.G.Pierson (member of the U.S Government) built a house back in the 60’s and started planting trees. His dream was to bring back soil and vegetation in the area like it was during Homer’s ages. His ashes were spread in the area of Grammata (part of Natura 2000 network) where he managed to create a small forrest. Swimming in crystal, clear blue water, photographing around the coast and sailing back to Galissas beach for dinner by the sea. (BREAKFAST / LUNCH / DINNER) 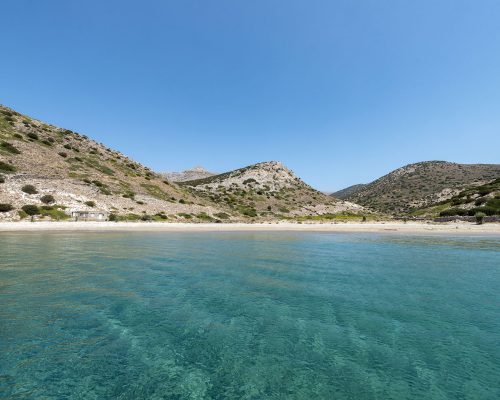 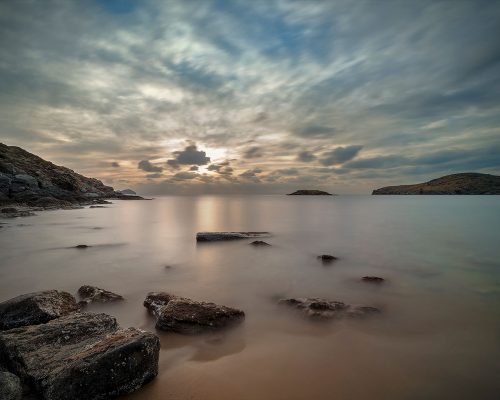 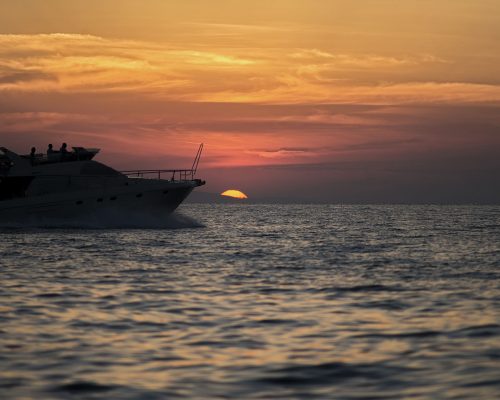 Day 6: Sailing off to Gaidouronissi right after breakfast. It is where one of the oldest lighthouses in Greece is located. It was built in 1834, has a height of 29,5m and by making this gigantic lighthouse, the residents of Syros, wanted to point the master role of their port in Greece.
This was the first lighthouse with a revolving machine in the Aegean Sea and had big range. It is said that its light reached the coast of Asia Minor. An ideal combination of architectural and landscape photography. Back to the port early in the afternoon to drive to Ano Syros, a classical cycladic medieval settlement that is densely built with narrow roads, circular order and a radial street plan. The overall effect reminds a fortified citadel. It is mainly inhabited by Catholic Greeks and remains a religious centre since it is the seat of Roman Catholic Diocese of Syros and Milos. (BREAKFAST / LUNCH / DINNER) 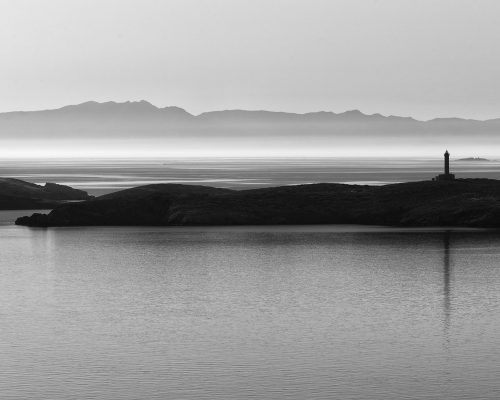 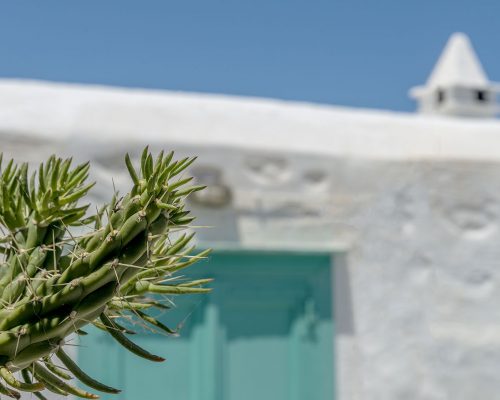 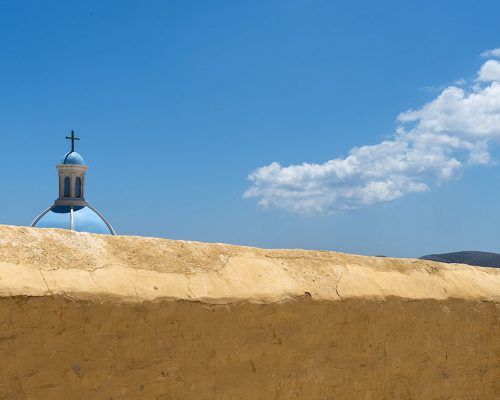 Day 7: Starting our day quite early, since the sunrise awaits. Shooting at one of the town’s best spots to catch the beginning of the day. We return to the Hotel for breakfast and off to Hermoupolis Town Centre. The Apollo Theatre, the Town Hall, St. Nicholas Church are some of the masterpieces of neoclassical architecture, since architectural photography is the subject of the day. Back to the Hotel to put on our swimming suits and drive to Vari Beach. Swimming in the Aegean, under the warm sun, enjoying cold coffee and greek food. Back to the town to rest and enjoy a relaxed night’s stroll along with a glass of wine. (BREAKFAST / LUNCH / DINNER) 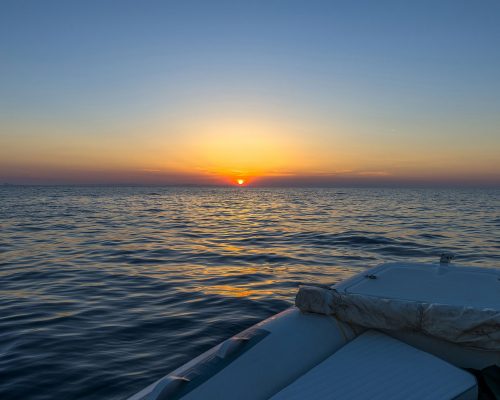 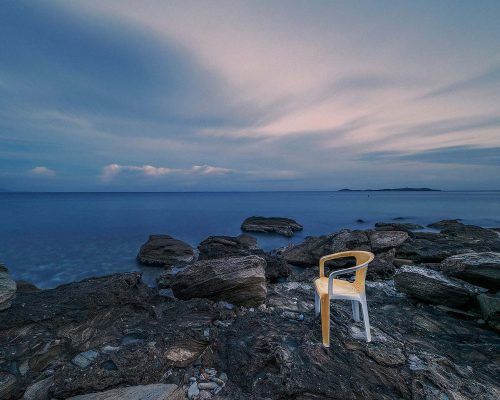 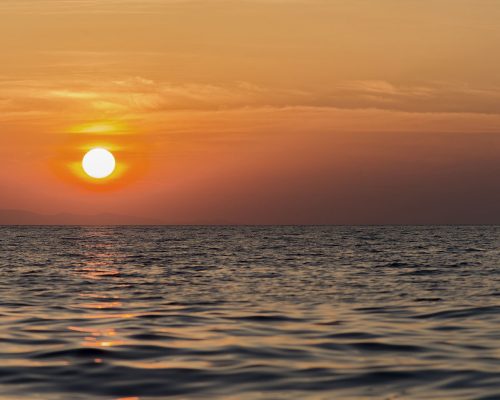 Since we need to sail in order to reach half of our destinations, there is a possibility that changes might take place depending on the weather conditions (wind speed especially).

In Syros, summers are warm, bright and clear while the winters are not that long, cold and partly cloudy.
The warm season lasts for more than 4 months from June to September while the cool period starts mostly at the end of November. Average temperatures during those times are around 77°F (25C warm season) and 61°F (16C cool season) with an average daily high temperature above 77°F (25C).
The coldest days of the year are considered to appear during February.
The wind experienced at any given location is highly dependent on local topography and other factors.
The average hourly wind speed in Syros experiences significant seasonal variation over the course of the year with the calmer time to appear from March to October.

Most of our shooting locations are easily reachable during few minutes from the car. We will climb easily on one of the tours which will be optional. Rest of the locations need light walking, diving or sailing by boat (which will take place on more than one of our tours accompanied by qualified trainers).

Basic Knowledge on how to use your camera equipment

All type of cameras including mobile phones to medium format cameras.